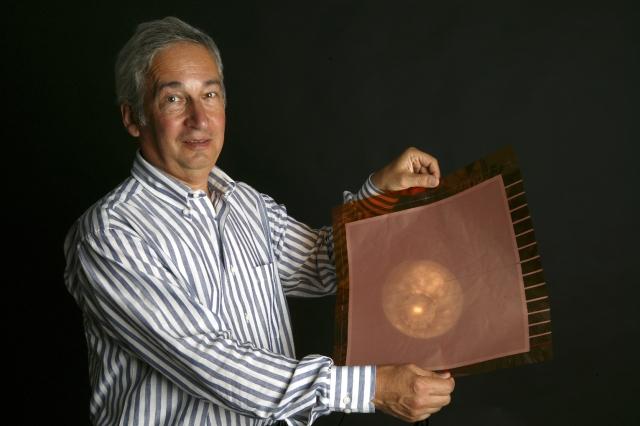 The Gas Electron Multiplier (GEM) is a proven amplification technique for position detection of ionising radiation such as charged particles, photons, X-rays and neutrons, in gas detectors. The GEM is a detector containing a densely pierced polymer foil coated with electrodes on both sides which is able to achieve high amplification gains and performance at low cost, even under harsh conditions. A GEM consists of a thin, metal-clad polymer foil, chemically pierced by a high density of holes. On application of a difference of potential between the two electrodes, electrons released by radiation in the gas on one side of the structure drift into the holes, multiply and transfer to a collection region. This gas detector is extensively used in High Energy Physics.

This CERN patented technology has more than 50 R&D and commercial licensees around the world. In 2017, CERN experts developed two GEM variants: i) The Optical readout GEM, which is being tailored for online dose imaging in hadron therapy and ii) the GEMpix detector, which has applications in conventional radiotherapy.

Patents
Description
Patented technology; WO/1999/021211
Licensing
CERN grants royalty-free licenses for Research and Development use of GEM foils. Any commercial use of GEM foils is subject to acquiring a commercial license from CERN, on conditions to be agreed. In case of direct GEM purchase, a license fee is included