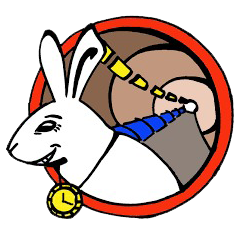 At CERN, particles circle the LHC over 11000 times per second. This means components in the accelerator complex require minute timing accuracy and synchronisation down to 10 picoseconds. White Rabbit (WR) is a protocol developed at CERN for monitoring and controlling devices based on industrial networking technology, made available as open hardware and open source software.

In 2016, the technology attracted attention for its applicability in the field of smart electrical grids that have accurate synchronisation needs, where individuals and companies are no longer merely consumers of electricity but also co-creators. During the same year, White Rabbit was being tested on the smart grid of the Milan financial district.

In 2018, the tenth White Rabbit workshop was held at CERN, giving different actors from labs, industry and academia the opportunity to share the latest developments and uses of WR technology. New applications range from synchronisation systems for Smart Grid to time-stamping financial transactions in Deutsche Börse. There is also a growing interest to use this technology over very long distances for applications such as radio astronomy and metrology. Due to its open source nature, the core WR technology gets enhancements from many different groups, benefitting current and future applications