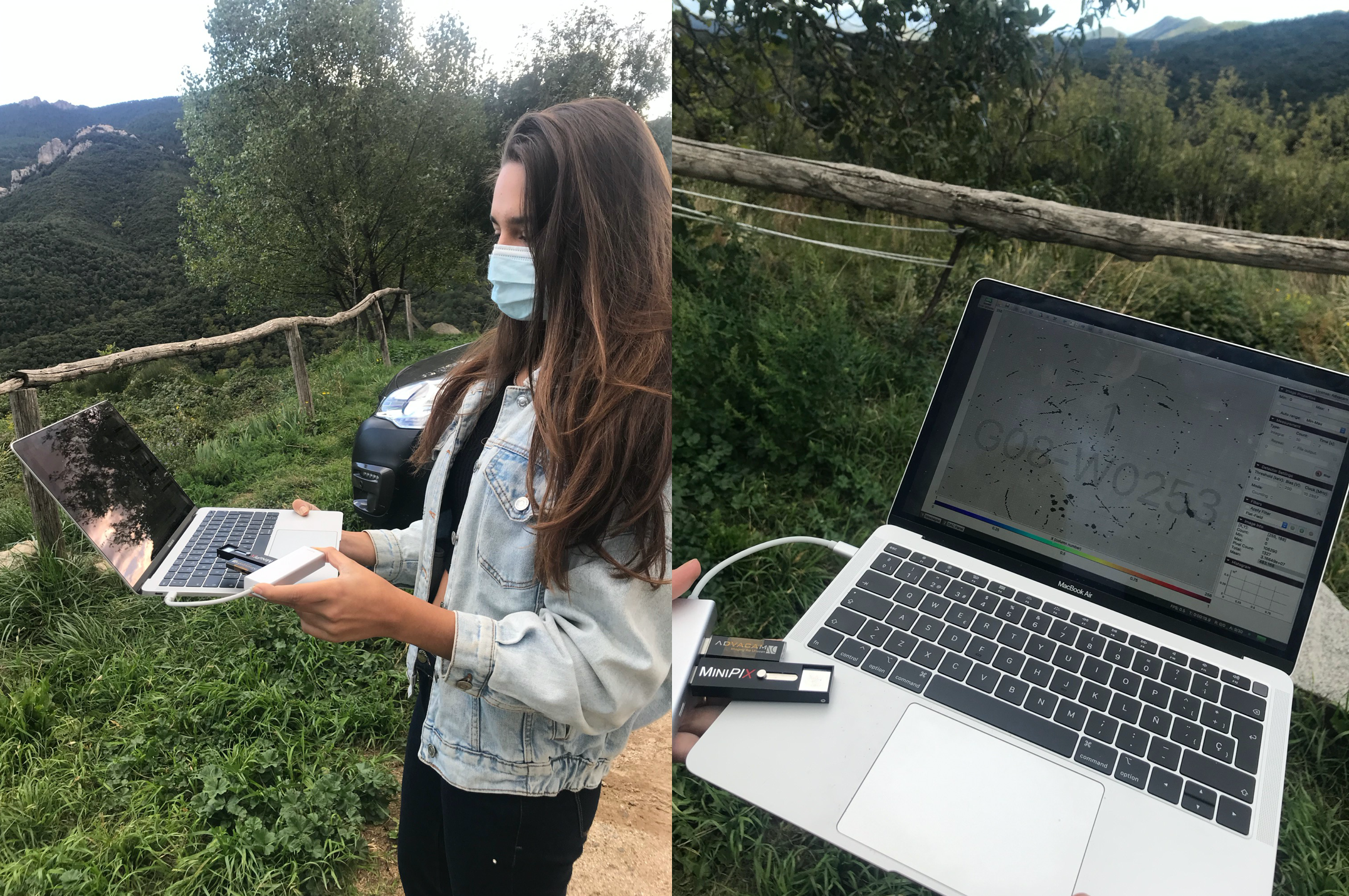 Xènia Turró, from INS Vilafant measuring natural radiation in Tapis (Maçanet de Cabrenys). She identified the various particles in the environment coming from different sources and compared the measured radiation dose with the recommendations from the International Commission on Radiological Protection.

Combustion, diffraction, magnetism… Many natural phenomena can be observed, experimented with and studied at school. Some have traditionally been difficult to demonstrate and have had to rely on theory only. Particle physics is one such subject whose abstraction makes that most students have to believe the concepts explained by their teacher without being able to physically experiment with them.

The next generation of students may be able to experience the wonders of particle physics thanks to the development of detector technology. The Barcelona-set ADMIRA project uses Timepix-based hybrid pixel detectors to help physics teachers and their students “visualise” particles and determine their nature. Indeed, just like animals can be recognised by their characteristic footprint, different particles can be identified by the energy traces they leave when interacting with detector material.

Developed in the framework of the Medipix2 collaboration, these detector chips, originally used for high-energy physics, are able to accurately measure the signals deposited by a particle in a pixelated, silicon sensor. They are based on a matrix of microscopic semiconductor sensor elements, each of which is connected to its own readout electronics channel, and whose final form is a very handy USB stick capable of running on any PC.

The idea of using this detector technology for secondary education was brought by the ADMIRA (Activitats amb Detectors Medipix per Investigar la Radiacio a l’Aula) project with the support of the Institut de Ciències del Cosmos of the University of Barcelona (ICCUB), and takes inspiration from other educational projects using Timepix. The project selected a group of schools from the region of Barcelona, including the school of one of the designers of the Medipix/Timepix family of chips, to share and experiment with two Minipix detectors.

Together with the participants of the project, we strongly believe that Timepix can be a tool that can contribute to transforming STEM education. We hope that by giving students the opportunity to work on real science, we will create a vocation for the field.

Students have been able to experiment with the detectors and identify, by themselves, the universe of particles surrounding them. The range of experiments includes the analysis of background radiation, the identification of specific particles, the study of cosmic rays or the demonstration of the attenuation of particles passing through different materials. The list of projects is available here.

The detectors used by the ADMIRA project are supplied under a licensing agreement between CERN (on behalf of Medipix2 Collaboration) and the Czech company ADVACAM s.r.o.. If you are interested in gaining access to the hybrid pixel detector technology on which the Timepix photon detectors are based, please contact CERN’s Knowledge Transfer group. 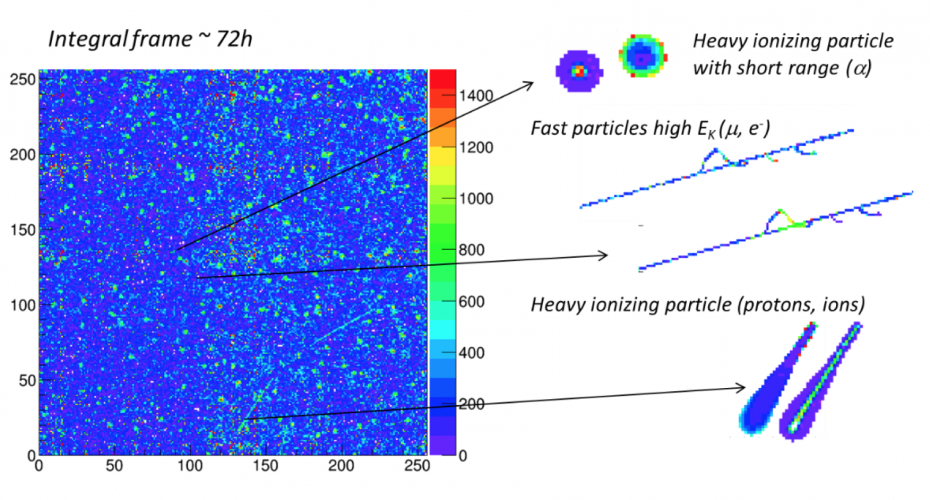 Particles can be recognised by the pattern of the energy they deposit on a pixelated sensor. This Timepix3 detector was exposed to natural radiation for 72 hours. On the left, a plot showing the energy and time measurement. On the right, the pattern of some particles. (Credit: Timepix3 developed by Medipix3 collaboration). 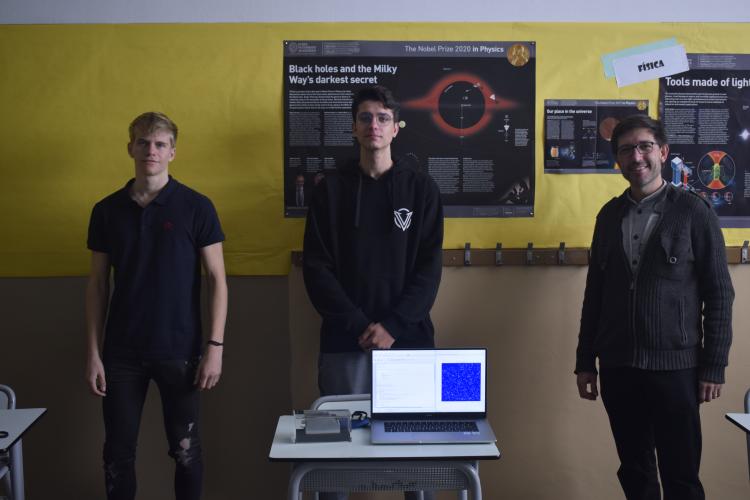 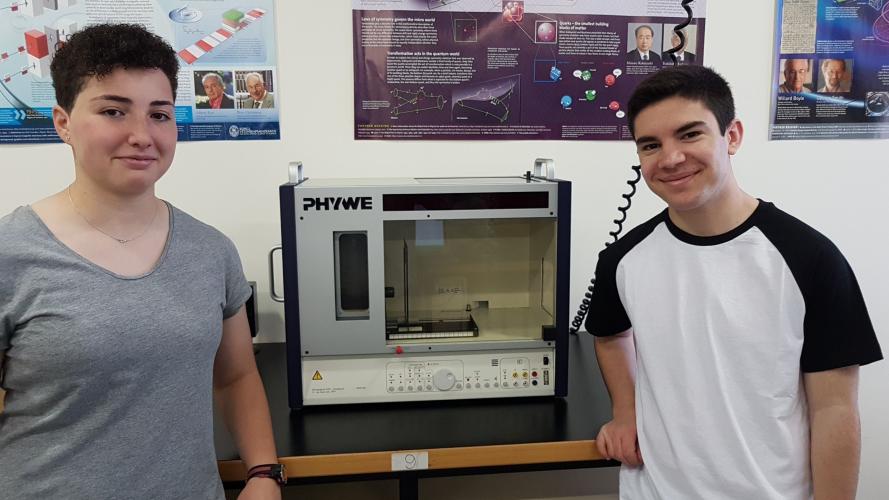