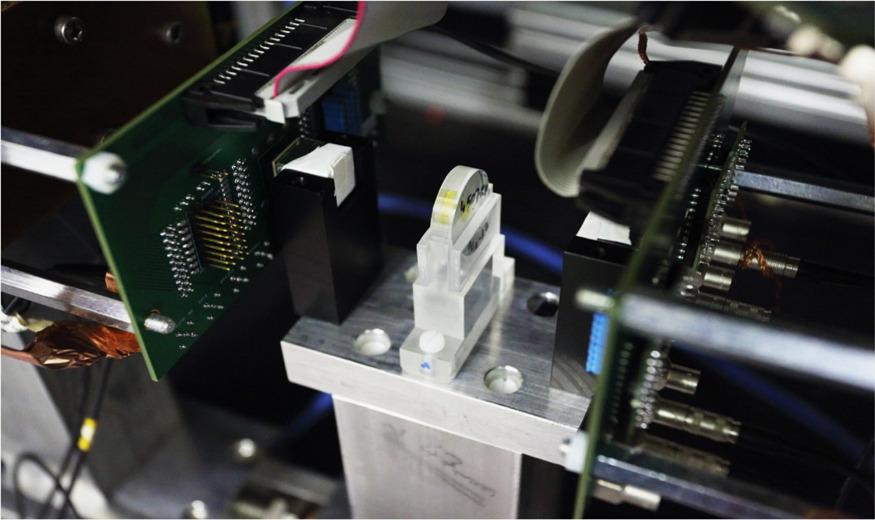 Silicon photomultipliers (SiPM) are solid-state single photon counting detectors that consist in an array of single-photon avalanche diodes (SPAD). In analog SiPM (aSiPM) designs, all SPADs are connected in parallel, with the analog output signal being fed into the subsequent electronics. A differential readout of each aSiPM’s anode and cathode reduces noise and cross-talk and, therefore, improves the timing performance.

The strip SiPM consists in strips of SPADs and allows arrangements of several thin strips next to each other on a single detector. In contrast to commonly available aSiPM arrays, where through-silicon vias (TSVs) need to be used for an optimal implementation of differential readout, the anode and cathode of SPAD strips can easily be read out at each end. The average of both readings provides the exact timing of the hit, while the time difference provides the position of the firing SPAD on the strip.