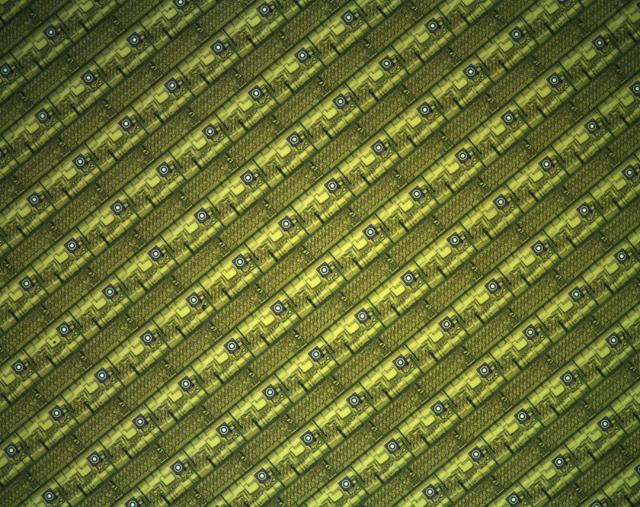 To withstand the level of radiation present in the collision points, unique expertise designing and integrating high performance and extreme radiation tolerant ASICs has been built. Broad range of testing and qualifying capability for radiation hardness of ASICs. Designed in large collaborative team.

At CERN, we need our chips to be extremely reliable (several years of continuous operation) and low maintenance (difficult to access when installed). Therefore, designers are pushing the limits of mixed-mode circuit design for large detector systems with 100 millions of parallel operation channels requiring ns timing synchronisation.

Monolithic Active pixel Sensors detectors are high granularity tracking detectors, which provide unambiguous and precise hit information in the harsh environment close to the interaction point. The sensitive volume and part or the full readout circuitry is combined in one piece of silicon.

In CERN experiments, inner tracking detectors require low-mass, high speed radiation tolerant optical links to read out data from the detectors and to send synchronisation signals and commands to the detectors.

In the LHC experiments at CERN, the Timing, Trigger and Control (TTC) system is responsible for delivering the TTC commands from the central processor to the detector sub-partitions. The TTC-Passive Optical Network (PON) project was born from the idea of making use of the well-developed by the telecom industry FTTx/PON technology to propose an upgrade to the current off- detector TTC system, overcoming some of its limitations.

A family of pixel detector read-out chips for particle imaging and detection developed by a consortium lead by CERN. Medipix works like a camera,
detecting and counting each individual particle hitting the pixels. This enables high-resolution, high-contrast, noise hit free images. The Medipix chip family aims at frame based imaging and spectroscopic X-ray imaging.

By using ASICs that can accurately measure time, one can directly reconstruct the 3D track of passing charged particles. Timepix is a family of pixel detector read-out chips for particle imaging and detection developed by a consortium lead by CERN. The Timepix family is designed for detection with nanosec resolution with a data driven architecture (last version).