How the LHC could help us peek inside the human brain 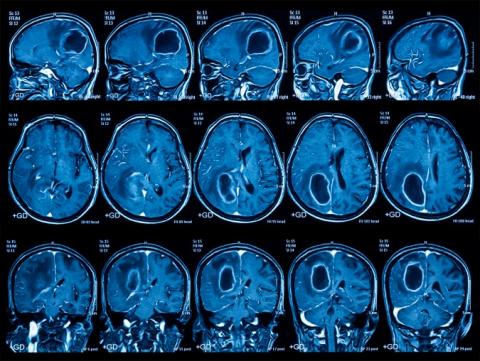 The LHC has been key in driving development of superconducting magnets – one of the most influential technologies to come out of accelerator research and development. These magnets are needed for energy, transport, and medical technology, applications far beyond the field of high energy physics.

At low temperatures, certain materials become superconductors. Superconducting wires can conduct 100 times the current of a traditional wire, and are at the heart of the LHC’s powerful superconducting magnets, whose magnetic field steers the beam around the accelerator ring. Dedicated large-scale research and development (R&D) programmes like the LHC, spanning over decades, are determinant for this type of technology to develop and mature. Future advances in high-field magnets will benefit both CERN projects like High Luminosity LHC (HL-LHC) and Future Circular Collider study (FCC), and might also find application further afield, such as with imaging the human brain.

Magnets for neuro-imaging and beyond

At this time, Neurospin, a research centre near Paris set up by the French Alternative Energies and Atomic Energy Commission (CEA), is investigating applications of high-field magnets for imaging the brain – or neuro-imaging. These novel technologies open a new window into our understanding of how the human brain works -- another scientific challenge for the 21st century.

Neuro-imaging studies can help understand what happens in the brain after a stroke, in ageing, and even for psychiatry and the study of mental health disorders. As our understanding of the brain evolves, advances in neuro-imaging could also contribute to developing new brain-machine interfaces, or “mind-reading technology”, that could translate brain activity measured with neuro-imaging into thoughts.

The future of high-field magnets

High-field magnets have an enormous potential for neuro-imaging technology, high energy physics and other industries, which means there is a strong incentive for collaborative R&D today. In January 2015, an ad-hoc working group called FuSuMaTech – for Future Superconducting Magnets Technology – was set up collaboratively between CERN and CEA to explore applications in high-field magnets, lower the technology barrier to make them more accessible to the market and identify potential synergies between CERN, other Academic partners, neuroimaging labs like Neurospin and European industry. For them, the HL-LHC and FCC offer an opportunity to push the European Superconducting Magnet Technology into the next decade. Together, twelve current partners are considering the Future Emerging Technologies (FET) programme of Europe’s Horizon 2020 as an opportunity to continue exploring synergies together in close collaboration with Europe’s cutting-edge superconducting magnet industry.

In the future, the HL-LHC aims to upgrade the LHC’s eight Tesla (T) magnets with cutting-edge 13T ones. Further down the line, the FCC study is exploring different designs of circular colliders for the post-LHC era. The FCC requires magnets reaching 16T or even 20T depending on its design.

These high-field magnets would enable these future colliders to reach higher energies and unprecedented luminosities, allowing further exploration of the fundamental laws of nature.

Find out more at the next Knowledge Transfer seminar: “From the Proton to the Human Brain”, 9 December 2016, by Prof. Denis Le Bihan, Director of Neurospin here.