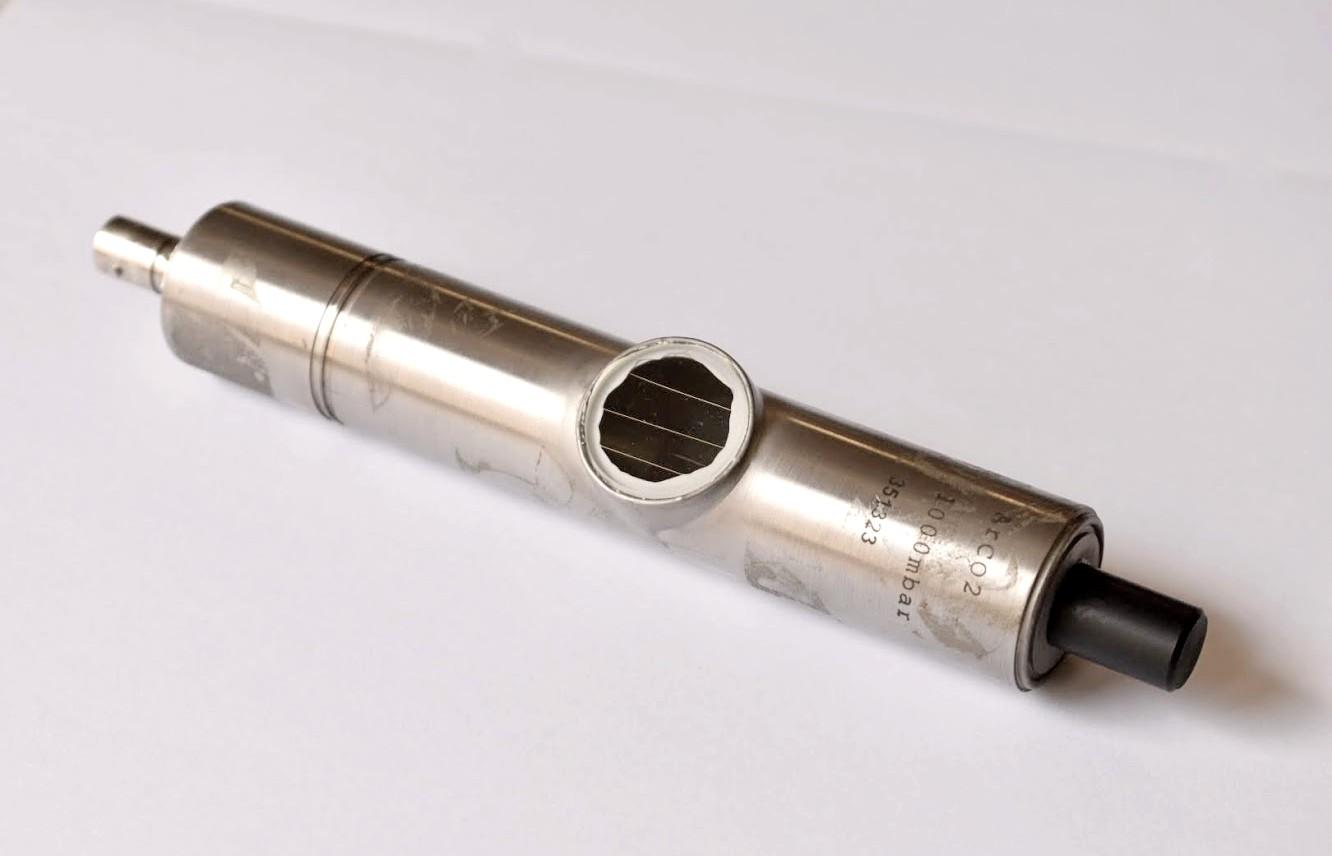 Supersensitive UV flame detector based on wire- or GEM-type amplification structure. In contrast to commercial UV flame sensors, in these detectors, either semiconducting solid photocathodes or gaseous with small ionization potential are used as main photosensitive elements. As a result, the sensitivity is much higher than the best commercial sensors, depending on a particular design.

Wire and GEM-based gaseous detectors operate in proportional mode and can detect various flames, including sparks, in direct sunlight conditions. Combined with compact pulse UV sources, they can detect simultaneously not only flames, but also smoke and some dangerous gases, for example benzene or toluene vapours. GEM-based detectors supplied with a lens can also provide information on the position of the flame and smoke.

To make the detector robust, modified versions of GEMs were developed and successfully used in the latest designs: ether a so-called thick GEM or a resistive GEM, both manufactured from printed circuit boards.