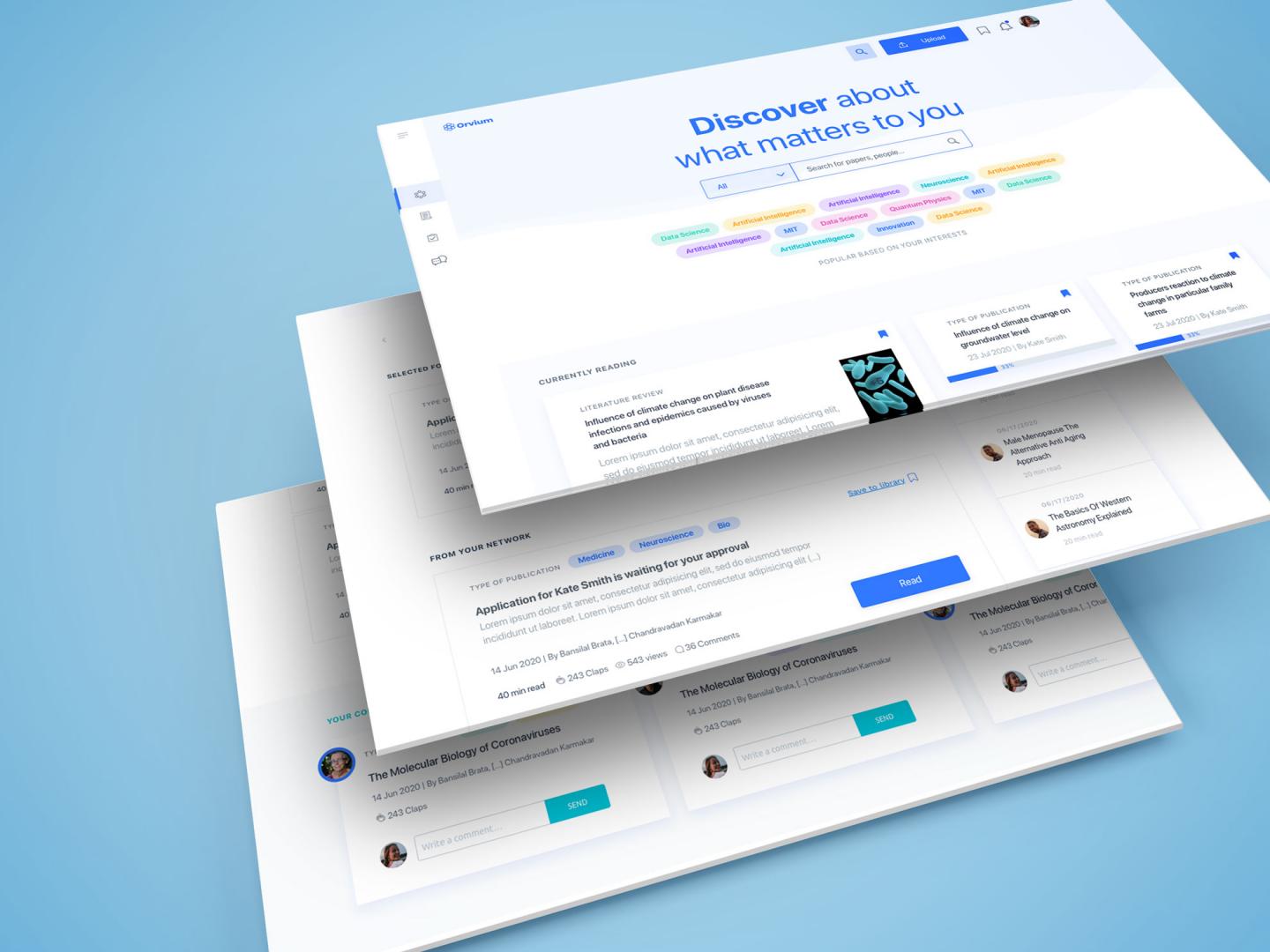 Orvium, a CERN spin-off, is an innovative scientific publishing platform. It helps researchers and institutions to share their work, create open access journals, and streamline peer review. Its ambition is to promote a faster, fairer, and more transparent publishing model to support researchers worldwide for the benefits of science, innovation, and society.

As of the same year, Orvium's platform will also integrate OpenAIRE so all publications in Orvium will automatically indexed in this research database.

In 2015, the global market for scientific, technical, and medical (STM) publications was an estimated $25 billion. Yet, the current model suffers from several flaws, which compromise the dissemination and growth of scientific knowledge, namely the length, opacity and bias of review processes. Combined with a lack of incentive for reviews, this situation results in the proliferation of low-quality articles and journals.

In order to improve the quality and effectiveness of scientific publishing, Orvium had the idea of setting up a blockchain system for more transparent, traceable and reactive reviews. In addition, partnered journals provide free access to articles that ensures more visibility for the work of researchers.

For the storage of publications and data, Orvium relies on Zenodo. This multi-disciplinary open-research repository was developed at CERN with the support of the European Commission’s OpenAIRE project, and is run and supported by CERN. It allows researchers to deposit data sets, research software, reports, and any other research-related digital artefacts. For each submission, a persistent digital object identifier (DOI) is minted, which makes the stored items easily citeable.

Having such an important collaborator like CERN underlines the credentials of our platform but more importantly represents the necessity to disrupt an old model dominated by outdated technology and assumptions about how science works. This represents another significant milestone for our platform as we move into this next exciting phase of development.

In 2020, Orvium was accepted within INEUSTAR, the Spanish Business Incubation Centre (BIC) of CERN Technologies.